The All-Party Parliamentary Human Rights Group (PHRG) was pleased to meet Gacheke Gachihi, a social justice activist from Kenya. He has been working with Peace Brigades International to protect the space for civil society in Kenya and is a founding member of Bunge la Mwananchi (‘People’s Parliament’). The Bunge la Mwananchi aims to counter the entrenched structures of the political elite by supporting grassroots social movements. 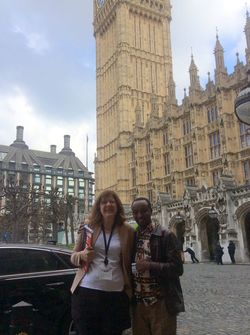 The main points raised during the meeting were as follows:

The PHRG continues to monitor human rights concerns in Kenya and the East African region, and to raise concerns in the UK Parliament whenever possible.