The All-Party Parliamentary Human Rights Group (PHRG) and the Bar Human Rights Committee held a Panel Discussion in Parliament, on 26 June 2019, on “The Extraordinary Scale of Human Rights Violations in Xinjiang”.

We would like to thank Afzal Khan MP (AK) for chairing this event.

The main points were:

The PHRG will continue to follow developments in Xinjiang closely, and to raise related concerns with relevant interlocutors, with a view to getting the UK and wider international community to do more to bring these violations to an end and hold perpetrators to account. 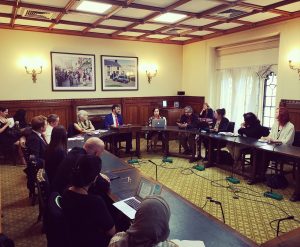